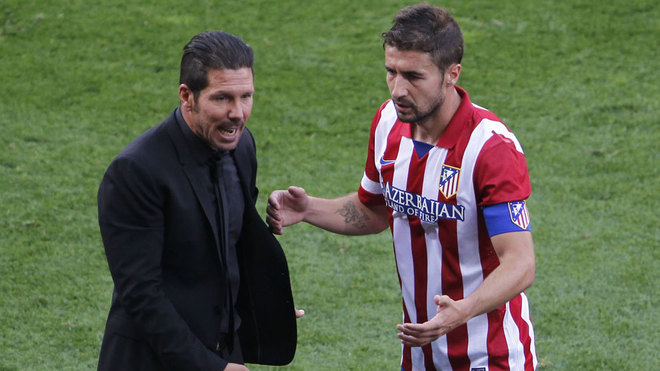 Former Atletico Madrid captain Gabi Fernandez has revealed his annoyance at how Liverpool approached their Champions League last-16 tie against his old side.

The 36-year-old gave his view on the game, stating that Jurgen Klopp’s side underestimated Los Rojiblancos.

«It was a great result,» Gabi told Cadena Ser.

«I had goosebumps watching the bus arrive at the stadium with that support.

«I think Liverpool thought they were coming to play Puerta Bonita [a team in the Tercera Division], with respect to them.

«They underestimated Atletico, and that annoyed me a lot.»

Gabi, who now plays for Al Sadd in Qatar under Xavi Hernandez, went on to talk about a now-deleted social media video that Atletico defender Sime Vrsaljko posted after the match, as well as criticism of El Cholo’s team.

«I don’t think there was much in the video,» Gabi said.

«He’s improved his players and they are fighting for trophies.

«The bad luck was that he lost a lot of experienced players all at once, like myself, Diego Godin and Raul Garcia.

«He’ll decide when he moves on.»

Gabi’s next steps in football have also been under speculation, and he gave an insight into how he sees his future.

«I could see myself helping Simeone, but I’m not sure now is the right time,» he stated.

«If the moment comes, I’d do the best I could for Atleti – it wouldn’t be about me.

«And I’m sure I’d learn a huge amount from Cholo.

«It would be a masterclass and I would have to think carefully if the opportunity did arise.

«All being well though, my plan is to retire with Al Sadd.»

He also gave his opinion on Barcelona’s approach to Xavi, before Quique Setien tooks the managerial reins at the Camp Nou.

«He told us Barcelona had come in for him but that he was going to stay with us,» Gabi revealed.

«It was all a bit of a circus, and it didn’t reflect well on Barcelona as a club.»